This week the CBC took an unprecedented step to close its online comments section after a story about a First Nations issue generated an incredible amount of racist vitriol, the most vitriol, in fact, of any subject the nation’s broadcaster tackles. I wish I had taken a screen shot of the comments before they were taken down. They were appalling. When I weighed in with my comment that First Nations issues—the facts and their historical context—need to be included in grade school programs across the land, lest another generation of ignorant bullies gets their information from older ignorant bullies, my comment provoked a reply from an anonymous racist who spewed ALL CAPS INVECTIVE in my direction. It was pleasant. 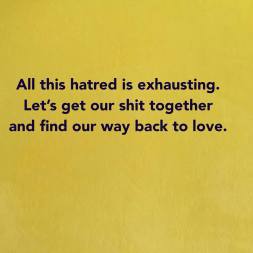 When a nation hides/ignores/avoids its ugly history it leaves gaps in the collective identity, gaps too often spiked with venom or what James Baldwin called “the vindictiveness of the guilty”. Canada has built a cherished myth around the successful, tolerant, multi-cultural mosaic and while the myth is true to some degree, it’s hardly the full story. As I’ve written previously, there’s an elephant in the room and if this country is to fully mature, it will have to accept and humble itself before the truth of the near-genocide of First Nations people.

But back to the CBC shutting down its online comments section. Hatred is to commentary what coughing is to flu season—it doesn’t take long before everybody is sick with it, and sick of it.

END_OF_DOCUMENT_TOKEN_TO_BE_REPLACED

…Secrets and Survival at an Indian Residential School. A memoir by Chief Bev Sellars

.
Canada, like every country on earth, has its share of dirty secrets and there’s no dirtier secret than its maltreatment of First Nations peoples for several hundred years. Just like the family with the proverbial elephant in the room, without an understanding of historical, colonialist oppression, our nation will remain dysfunctional and our maturity will be blocked. It’s shameful that even today, in 2015, so many Canadians have a racist view of Aboriginals. This shouldn’t be a surprise, I suppose, given that we still live in a world dominated by white guys doing it by themselves. Nevertheless, there’s a growing sense that it’s time to cease our collective ignorance and Bev Sellar’s extraordinary memoir, They Called Me Number One, would be an effective way to begin that process.

END_OF_DOCUMENT_TOKEN_TO_BE_REPLACED

The Truth and Reconciliation commission just ended and now the government must follow through with its recommendations. Top of the list should be making it mandatory that the history of residential schools is taught in grade school curriculum.
Two weeks ago I was in a Fraser Valley classroom and the teacher asked the students (all non-Native), whose ages ranged from 19 to 25, if the history of residential schools should be taught in schools. Of the ten students, two said yes, eight said variations of no. “They get enough handouts already,” one student said and the rest agreed, parroting what they’ve heard many times before from people just as ignorant. Further discussion revealed the students had little or no actual knowledge of residential schools, let alone the horrors that occurred inside them or the terrible repercussions that ensued.

END_OF_DOCUMENT_TOKEN_TO_BE_REPLACED

Welcome to the inner workings of my mind

Walking with a Smacked Pentax

A photographic journey through the North of England, Scotland and Wales